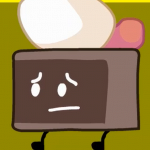 Hello Anonymous, I'm Nmcconnell, game-enjoying salmon, and an official rollback of the HTF wiki. I will be after vandals!!

Why HTF Has Been On Long Hiatuses

Are you wondering about the hiatuses? Well, a little known fact is that Cub has a sleeping sickness: he sleeps completely normally but never wakes up for months. Click here to learn more!

Having trouble falling asleep at night? Sleeping HTF III is a big project full of slumber that'll help your situations!

You may be arguing that as much as he cried, he wouldn't be a sweet angel. However, I've counted crying scenes and he cried only 8 times (including debatable ones), despite being starred in 17 episodes, featured in 15 episodes and appearing in 22 episodes. Apparently, he doesn't cry much.

About Cub's mom, her ghost can still look around and see things... at least in my point of view.

An adorable squirrel with really interesting traits is he! The fact that he loves eating candy on sight... really makes him stand out. He ends up getting into troublesome situations due to his energy... (hold on, that sounds familiar----) ...and of course, sometimes he doesn't have much energy.

I would've never actually drawn his mom if it wasn't for all the motivation. Also, I have drawn Nutty's dad with a very interesting physical appearance: stay tuned for the publication of my next project.

The primary reason he's ranked high is because his physical appearance reminds me of George, my fave from another show I watched much earlier. Both are cute, but obviously that's not a solid reason for the rank. It's clever how Mime almost never makes vocal sounds, but on rare occasions (e.g. Something Fishy) he does.

I said Nutty's mom was my first HTF-parent-OC, which is correct, but the first two HTF parents that I actually developed in my head are Mime's parents. In my point of view, Mime's mom had vocal surgery when the two gave birth, and they couldn't reschedule anything, so Mime's voice ended up horribly embarrassing.

It's about time I rank a female character... and I'm pretty sure Giggles would be the best idea at the spot. She is carefree, yet very distraught about many things such as the injuries/deaths of her friends (seen in See You Later, Elevator).

And coincidentally, the first episode of HTF I ever checked out was I've Got You Under My Skin, which starts out with Giggles sleeping in her bed, and later has her unconscious in another sense.

I'm so happy that Giggles' mom is already an official character! She only showed up in one episode but I overhear she'll be in the movie too. (In my point of view, she and Nutty's mom were friends since childhood, hence how Giggles and Nutty met.)

Why should I rank Cuddles much lower than Giggles, if they looked really cute together in Spin Fun Knowin' Ya? Because of flying pigs? Of course not! In fact, he deserves to be ranked next to Giggles. Not because they're a love couple but because he would be very sad if I didn't rank him here.

One day, in January 2016 (yes, it was back then!), my "typical" self was adoring the characters and trying not to think of painful rip-parts of skin... so I looked up "sleep" on this wiki. One of the shocking results was Wingin' It, which had Cuddles sleep on an airplane. Just for that, that episode became a favorite and Wingin' It was the first page I commented on. (Back then I used this account on Wikia)

I have been thinking about Cuddles' parents not long ago; they will eventually be my OC's, which means I should shut up now, because this article isn't about OC's.

You may be wondering why I'm ranking him here. Well, I would rank him at a 10, but there's one reason why he doesn't deserve that ranking.

He's the only one who never cries in his entire life. Shocking, no? If I ever see Handy crying in a future HTF episode, I swear I will faint on the ground and mess up my rankings.

You may be thinking: "So Nmcconnell is ranking Handy high because of his apparent happiness! But he's angry a lot! That doesn't make sense!" My point still makes sense and stands.

I may as well rank him with Handy. He cries so much that I feel like it would be extra hurtful to rank him low.

I can't rank him higher than Handy though, for Obvious reasons.

Toothy's parents are actually major characters of mine.

Now, don't think I'm a Flippy fan. (If I were one, I would have given In Over Your Hedge a higher ranking.). I am actually neutral about Flippy because half of him is really nice and half is really mean. I also feel kinda sorry for his PTSD but he wouldn't make any sense at all without it.

There is, however, one reason why I felt obligated to rank him slightly high, above the middle. What is that, you ask?

Flippy sleeping in his bed! You guys would know that someone like me wouldn't be unaware of such a scene. Also, Flippy is the only character to be asleep in an episode and then wake up and then sleep again. His dreams were seen a lot too. This yields the following very small trivia.

Scenes of a sleeping character's dream (please message me if I missed any):

About Flippy's parents, they belong to Pupster0071, not me. You can find them in the HTF Faraway comic.

If Nutty's at the top, I can't rank Sniffles too low. I just can't. They are best friends, after all. And you know what else? I think Sniffles created the recovery center for HTF. You know, the center which enables characters to show up living again after they die.

Good thing Sniffles has 4 sleeping scenes, whereas Nutty has only 3. Hardworking innovators need their repose.

In my head canon, Sniffles' parents actually designed the recovery center, and are responsible for its warm-up necessities.

The trouble with character rankings is that if I have good taste in half the characters, some of those characters will have to be ranked below the halfway mark. I personally think that Petunia should be ranked higher, if not for her OCD, and that Flaky should have a higher rank as well. So I may as well place them here before it's too late.

Petunia's mom (in my head canon) is a doctor... check her out here!

Flaky is nervous a lot. Then again, so am I. She also thinks smart, like in her debut episode, where she saw the "no swimming" sign. This is why I shouldn't rank her any lower than this point.

If I ever role play with Flaky's parents you'll find both of them interesting. Her mom (in my head canon) is a cook, and her dad is known for mountain climbing.

With Cub ranked at number 2, I can't rank Pop too low. Yes, Pop keeps hurting Cub, but I don't think he means to. This makes me feel sorry for him. At least families that intend to be families are families, and that's what truly matters.

All in all, parents of main characters should be ranked as high as the characters. So I would rank Pop higher if not for the context of the other characters.

No, I am not ranking her here because she's the remaining female character or the latest to debut. She's here because I think she belongs here. I mean, is it really her fault that her beloved pickle kills everyone? Of course not! She desperately tried to save her friends in A Bit of a Pickle and Royal Flush, so need I say more?

Lammy's parents are very minor characters of mine. So there.

He may be a bad superhero, but I think I have enough reasons to give to rank him here. It feels so curious when he's sick or gassy or comedic or saluting.

I am also happy to announce my viewpoint of Splendid's parents! Yes, his dad is a flying squirrel, but his mom is an ordinary squirrel. (Thus he inherited his flying power from only his father.). Indeed, what are the odds of both parents having exactly the same traits? Splendid's mom enjoys knitting, which explains Splendid's knitting skills in It's a Snap.

Also, the HTF parents have really good taste in Splendid (and his parents); watch Helping Helps and you will be convinced why.

People are saying Mr. Pickels is one of the main characters, so I may as well rank him.

Of the remaining characters to be ranked, he is the most likable in my opinion.

I can tell that no one has sympathy for the raccoons because they thieve everything. But that doesn't make them the worst creatures in the world, so, shouldn't I just rank them here?

Disco Bear is annoying and selfish. I haven't actually seen him do anything bright and friendly. The only reason I'm ranking him higher than Lumpy is because of the scenes of him sleeping. Those were nice.

I know you're a moose, but. Sorry. You do so many things wrong. (Like build a bridge out of sugar, build a swing right in front of metal wires, and so much more.) George Lundgren is 50x better. He has his faults, but at least he fesses up to them, unlike you.

I can never see any facial expression in him, and the way he messes everything up is not laughable in my opinion, it's just downright wrong.

I'm not a Fliqpy fan. In my opinion, Fliqpy only ruins everything.

Retrieved from "https://happytreefriends.fandom.com/wiki/User:Sleep_Mast_R?oldid=337929"
Community content is available under CC-BY-SA unless otherwise noted.