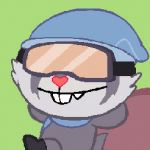 aka i hate my username

Hoiz, Anonymous! I'm ShiftyKleptomaniac, but u can just call me Shifty or Klepto.

How I Got Into HTF

I don't 100% remember how I first got into this show. I guess I heard it was popular at the time I first saw it, so I decided to watch it. I don't remember what my first episode was. I remember Eyes Cold Lemonade, Eye Candy, and Party Animal, but I don't know which one I saw first. My intro to my favorite characters, Lifty and Shifty, was Dunce Upon a Time.

I don't know where every character goes on this list so not everyone is included. I actually DON'T hate anyone from Happy Tree Friends! Every character is just SO DARN LOVABLE!!

Most are crack ships cuz I'm a SUCKER for those. Since I don't have a reason for quite a bit of these the "descriptions" are gonna be pretty short. Sometimes I just like a ship and that's all there is to it! Also note that just cuz I like a ship doesn't mean I think it's possible or will happen in canon. Remember, a lot of these are crack ships, so.... :P

Lifty and Shifty getting along... They're very cute, aren't they?

Lifty no longer trusts Shifty to help work on the vehicle after what happened in Wheelin' and Dealin'. xD

Usually, I get kinda mad when Lifty and Shifty are given pac-man eyes. But they're just so darn CUTE in this episode, that I'll forgive it just this once!

(i wish it let me change the photo name before uploading it h) this one image perfectly describes their relationship in my headcanon. ABSOLUTELY pERFECT. shifty's the annoying. stupid, younger one while lifty is the smarter, older one. usually people seem to do it the other way around... i like it like this, though. 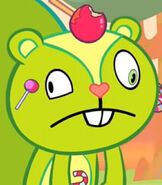 nutty's weird but very adorable little face... i love it! he's such a cutie!

My favorite death in the whole series.. Not sure what I like so much about it. Maybe it's the fact he was literally SKINNED with a COOKIE! xDDDD

Splendid and Splendont are both so CUTE! xD

Russell likes kites... So does Nutty, it seems... xD 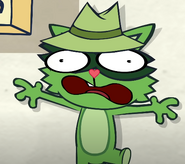 nOOOO I DONT WANT TO BE SAUSAGE NOOOOOOOOOO 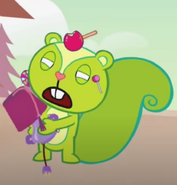 Secret Squirrel art for me, drawn by Zyre-Chan! :D
Add a photo to this gallery

Retrieved from "https://happytreefriends.fandom.com/wiki/User:ShiftyKleptomaniac?oldid=351940"
Community content is available under CC-BY-SA unless otherwise noted.