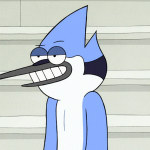 Hi, everyone! I'm Roman.disalvo.9 and this is my user page! My real name is Román Di Salvo and I like cartoons (like many people here). My favorite kids channels are Cartoon Network and Nickelodeon. Although I'm mostly into cartoons, I occasionally watch live-action series and movies. Other things I enjoy doing include using the computer, listening to music and going out with friends. When it comes to animated movies, I usually choose watching Disney or DreamWorks entries, although there are some Sony Pictures movies I find enjoyable too.


I got into Happy Tree Friends many years ago. When I first saw it, I was intrigued by its concept because I've never watched a gore show before. Some time later I became a fan of the show and my interest in the gore genre has led me to try related stuff like the Final Destination movies and Rick & Morty.

Retrieved from "https://happytreefriends.fandom.com/wiki/User:Roman.disalvo.9?oldid=313616"
Community content is available under CC-BY-SA unless otherwise noted.