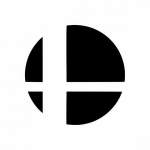 Hello there. It is I, Bootlegitimate. I am a fan of Happy Tree Friends, as everyone here is. While I joined the Wiki in 2019, I actually first watched HTF on September 20th, 2018, which is still pretty recent. However, I first heard of the show sometime in early to mid-2016 while watching a Top 6 video. The guy who made the video was Phantom Strider or something like that. The show looked unappealing because of the gore. I had no idea that it would become one of my favorite shows (truth be told, I haven't watched many shows anyway).

Personality: Shy and quiet, speaks only when spoken to, full of great ideas (as suggested by relatives and other people). Basically a combination of Toothy and Flaky.

Favorite Episode (s): Without a Hitch, because of how it dealt with fear and many ideas that weren't visited in HTF.

Least Favorite Episode (s): See, I can "tolerate" episodes, and I don't even hate any of the controversial stuff, but I just can't stand Tongue in Cheek or In Over Your Hedge. At least Tongue in Cheek is already despised by many, but In Over Your Hedge has no reason to exist. It's literally the most plain HTF "fan's" fanfiction come to life: a Lumpy hater and Flippy fan.

Favorite Character (s): Don't have one. I enjoy them all.

Least Favorite Character (s): I only dislike how overrated certain characters can get. Other than that, I like every character and believe they can all be complex if a film were to happen.

Thoughts on Each Season:

Season 1: It would be unfair to hate on this season for its animation, but, well, it's not that good, or rather, the framerate is not. This season DID introduce us to our beloved Friends, though, and it set the bar for what is expected of an HTF episode: death, injury, and gore. I honestly don't think it should be judged according to the standards of later seasons, so for what it is, it's alright. Even if it fell short of something, later seasons most likely fixed the show.

Season 2: Great improvement over Season 1. The animation is much smoother and character designs are much more consistent. Episodes are also about one minute longer and more complicated plotlines are thankfully used. The viewer also gets a better understanding of the relationship between the characters. This is my second favorite Internet season because of the reasons listed.

TV Season: I don't even compare it to the Internet seasons because it's so good. It is such a unique approach to the HTF formula and also introduced new personality traits for some of the characters. Petunia was already a neat freak (Collect Them All), but they gaver her OCD, so now she is one of the kooky characters. Disco Bear is actually liked by the developers thanks to this season. The longer episodes help give the world of HTF more longevity and realism. I honestly wish they could revive the TV series for a second season.

Season 3: This is my favorite Internet season. I just like the environments and situations they delved into more than anything else. Not only that, but this season also introduced the newer characters through Vote or Die. It also has my favorite episode, Without a Hitch.

Season 4: Probably the least uneventful out of all of the Internet seasons. This season is lacking in the significance of certain characters, such as Flaky, Mime, and even Cro-Marmot, who is, so far, entirely absent. Why did I say "so far", you ask? Well, I consider Still Alive to be Season 4 and not a Season 5. See, by Season 5, I think the creators (or whoever the source was) were referring to the general fifth season. Therefore, the TV season is technically the 3rd overall season, meaning Season 4 is the fifth overall season. Anyway, this is the current season, so I cannot make a judgement call just yet, but I will say this: Still Alive was okay. Each of the five episodes felt slightly different in terms of quality. My favorite was Going Out With A Bang while my least favorite was easily In Over Your Hedge, which is my least favorite episode in the series.

-My Opinion of Each Character-

Cuddles: Like pretty much everyone else, I like his design and his simple yet comprehensible personality. He is the mascot of the show and represents it well with his design, being one of the cuter characters. I feel he is in a good position among the fans since many people love him. However, I do feel he is a little too out of focus in the series and deserves more starring roles. Hopefully he can get to be just a little more fleshed out (not literally). He should also interact with other characters, like Petunia, who he has never interacted with.

Giggles: Another simple character that I've grown to love. I hate how she is so overhated to the point that people yearn for her deaths. She seems to be hated simply because she dates more than one or two male characters. But have people forgotten that HTF doesn't have an actual continuity? The characters seem to sometimes forget past events. This could include Giggles. Anyway, I hope she gets a starring role eventually. Personally, I'm fine with whatever personality of hers they end up going with. Her environmentalist traits felt a little like they came out of nowhere, but I don't mind them. I miss her old personality, since she seemed more... um, innocent, I guess? Either way, I hope she comes back. (I forgot to mention that she has actually cried for other characters' deaths at least three times).

Toothy: Yeah, this little beaver does need a bit more personality. I mean, you can discern him from Cuddles at this point, but barely. He seems to be more sensitive and calmer than Cuddles, while also remaining youthful. Yet despite these traits, he still does not stand out as much as other characters do. Hopefully the writers can find some hidden depths for him that aren't completely out of left field. For now, we can enjoy this toothy everyman for what he is. Also, I've just about had it with gay depictions of him. It needs to stop.

Lumpy: Lumpster does not deserve the hate he gets. I really do feel that some people just don't understand the humor of Lumpy. I love his idiotic antics and occasional smart moments. His having the highest kill count and outsmarting Flippy three times is funny on its own. He really is the essence of HTF, no matter what anyone says. And on the topic of the Lumpy haters, I would like to know why everyone hates Lumpy for the same reason they love Flippy. People do also hate Lumpy for his stupidity, but as I said, they just don't understand this moose's true intentions (some people actually think he's a jerk most of the time.) It is especially annoying when people say stuff like, "Why doesn't Lumpy die!? He deserves to die"! The poor guy has the most deaths already. Give him a break. By the Seat of Your Pants is great thanks to this guy. He may not have a cute design like everyone else, but he sure makes up for it with a lovable personality.

Petunia: In terms of depth, I feel Petunia (the modern one, at least) is more interesting than Giggles. She's also pretty cute for a skunk, though I bet you've heard that one a million times before. Her OCD seems to be involved in a few debates among fans about whether or not it's misproportionately represented. Some people think it's exaggerated, while others say it's fine as it is. I personally think that, either way, it works for HTF, which is what matters, since HTF is about these characters dying thanks to many factors, with Petunia's OCD being an example. It's not like it came out of nowhere anyway, since she was a neat freak back then. Hopefully she stars again so we can see what she gets herself into this time.

Handy: I feel bad for this guy's disability and death rate. I think he only survived two TV episodes, which gives you an idea of his luck in the Internet episodes. His scowl is so iconic that I'm surprised it hasn't become synonymous with him completely. I also like his slightly grumpy nature since it helps seal him as a developed character. I really do feel Handy has a lot to offer in the episodes he appears in. He was the first somewhat gimmicky character that was introduced, since Cuddles and Toothy were basically the same, while Giggles and Petunia were basically female versions of them. I guess Lumpy was gimmicky in ways, but Handy is handless, grumpy, kind of sociopathic, yet friendly. He's an intriguing one for sure.

Nutty: Nutty is a fun character. The idea of a jittery character fits very well for HTF. I also understand why he is the third most popular character in the show. His intentions are candy-oriented. He's barely a "Friend". Yet he manages to be silly and just an entertaining one to watch. You can tell he is just as friendly as everyone else; he just has to have his sugar first. He is also technically a very messed up character, mentally. Up there with the likes of Flippy, Lammy, Russell, etc. I do hope, however, that we get to see more of his friendly side. That is all. To be continued...

Retrieved from "https://happytreefriends.fandom.com/wiki/User:Bootlegitimate?oldid=354993"
Community content is available under CC-BY-SA unless otherwise noted.