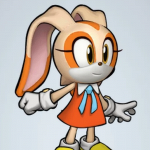 If you want to contact me better, go to The Loud House Encyclopedia.

Hello, Anonymous! My name is AnimationFan15 (because I'm a huge fan of cartoons, and I was 15 years old when I joined this wiki). Many of my favorite cartoons are from Cartoon Network, because the cartoons they have are original, and they have no live-action shows (except for that one time back in 2009 when Cartoon Network introduced CN Real). I got into Happy Tree Friends in late November of 2013. The very first episode I saw was See You Later, Elevator. I was wincing at some stuff because I wasn't use to the violence in it. But over time, I got more and more use to it, and now I barely flinch at their episodes (except for a few exceptions).

My beliefs in HTF

My most favorite episodes

Why I hate Every Litter Bit Hurts

As you just saw on my least favorite episodes list, Every Litter Bit Hurts is at #1. Yes, I HATE this episode all the way to the brim. The biggest problem with this episode: Giggles! Throughout the episode, she flies off the handle because of someone doing things that harms the environment. Giggles is called Giggles because she's very carefree, easy-going, and is very innocent. However, this episode seems to just remove all of those traits, and make her mad up to the point where she just flat out yells at people because of her distastes. There are only two parts of this episode that I enjoy: when Cub dies, because I actually found it hilarious, and Giggles' death at the end of the episode, as it was satisfying to see someone with such poor characterization get killed. Speaking of Lumpy, his usual personality is acting dumb. I wouldn't blame him for his actions in the episode, because that's the way he usually acts, oblivious to his actions, and not giving a crap out of them.

My other favorite shows

If its italicized, its my most favorite. Also, the cartoons mentioned below are cartoons I most frequently watch.

Retrieved from "https://happytreefriends.fandom.com/wiki/User:AnimationFan15?oldid=331035"
Community content is available under CC-BY-SA unless otherwise noted.