Whoever's in charge of this page, can they add these to the gallery? 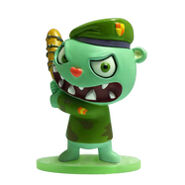 Cam someone state that he did not kill cub in a visious cycle? Thank you.

People seriously have to stop labeling Fliqpy as 'Evil Flippy' because-

Retrieved from "https://happytreefriends.fandom.com/wiki/Talk:FLiQPy?oldid=343678"
Community content is available under CC-BY-SA unless otherwise noted.