Flaky and Giggles ski down a cliff.

Petunia is right behind them.

The narrator talks to Lumpy.

"Do you want to do something with your life?"

Lumpy is so excited he's drooling.

Lumpy is filled with determination.

Lumpy before he gets his big backpack.

I'm surprised this didn't kill him.

Petunia is having fun.

Shouldn't Flaky be scared out of her mind right now?

And he's already screwing up.

Characters start getting launched off the ski lift.

Why are Petunia's feet coming from her head?

Who cares about the deaths of innocents?

Lumpy threw a banana peel away!

Poor Toothy, almost knocked out because of low oxygen levels.

Lumpy is reading to help. 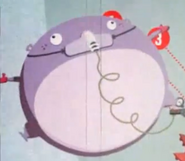 Oxygen doesn't rise. Did he confuse a helium tank? ...Likely.

The narrator continues to praise Lumpy, even Lumpy himself doesn't know what he did right.

But he'll take the credits anyway.

Lumpy knows what to do.

Holy crap, that has to hurt.

Cuddles struggling to get free.

Why you should fly higher when carrying a injured person.

Cuddles will finally get the foot treatment he needs.

Lumpy knocks the ambulance over.

The air tank finally comes back.

Cuddles will never be heard from again. Until the next episode he appears in. 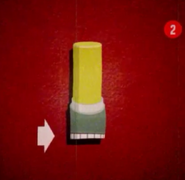 Would you look at that, Lumpy revived Giggles and fixed her lips.

Wait, what? How?
Death: Giggles

Anyone else forget Toothy was in the episode at this point?

Toothy during an explosion.
Death: Toothy

Does anyone want to buy a Toothy kebab? 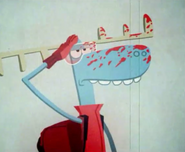 Lumpy is ready to "save" some lives. 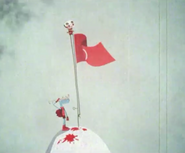 Petunia, Flaky, Cuddles and Lumpy as they appear in the episode.

Image of Cuddles as he appears in Ski Patrol.

Sketches of characters and props in the episode.

The creator of the Ski Patrol episode: Jason Sadler. 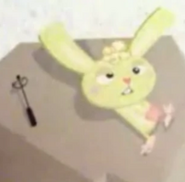 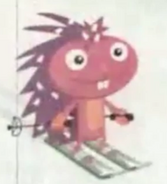 Retrieved from "https://happytreefriends.fandom.com/wiki/Ski_Patrol/Gallery?oldid=336099"
Community content is available under CC-BY-SA unless otherwise noted.