Russell's Internet Season 3/4 intro.
R is for Russell: "Row, row your boat down a running river!"

Russell in his Internet Season 1 Intro.

Russell on a boat.

Russell trying to catch a ball, as seen in Can't Stop Coffin.

Russell with his five o' clock shadow in Whose Line Is It Anyway? 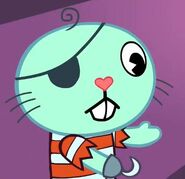 Russell without his pirate hat.

Russell's about ready to eat something.

Russell after the worst and most gruesome experience of his life. 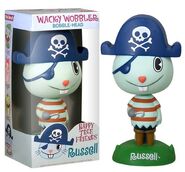 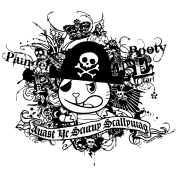 How Russell sees the movie.

Russell with a ship in a bottle. 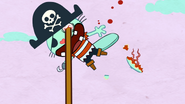 Russell causing mischief on the internet.

You'd think he'd know how to use that better.

Russell coming from a bush, as seen in the Internet Season 1-2 intro. 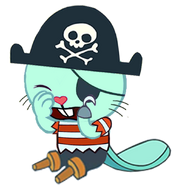 Russell as a pilgrim.

Apparently, Russell is popular in Germany. 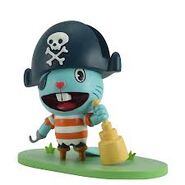 Russell without a shirt in By The Seat Of Your Pants.

Russell without his wooden foot.

Russell never had an eye under that patch.

Russell loses control before the government.

Russell found a spade, but he's not happy.

Russell at the movie theatre.

Lumpy and Russell getting along.

Lumpy and Russell not getting along as much.

This is the closest thing to a sword fight that Russell will ever find himself in.

Russell when you win in On Thin Ice.

Sad Russell getting off the coaster.

Russell doesn't see what Giggles and Flippy are doing.

Russell at school during show-and-tell.

Russell likes cotton candy, but not as much as somebody.

Russell in the beginning of Double Whammy Part I. 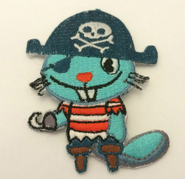 Russell getting hooked on

Russell being sucked into the whirlpool. 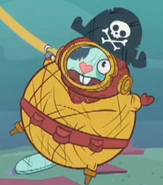 Warning: Not for those with filthy minds.

Retrieved from "https://happytreefriends.fandom.com/wiki/Russell/Gallery?oldid=355804"
Community content is available under CC-BY-SA unless otherwise noted.