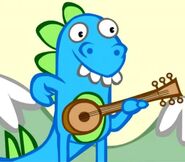 The early version of Lumpy, as seen in Banjo Frenzy. 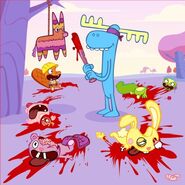 Lumpy sees Nutty's hand popping out of the ground. 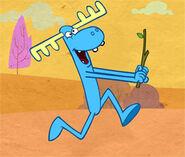 The result of running with a stick. 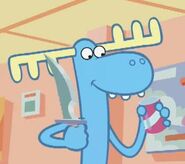 Lumpy as a convenience store clerk.

Lumpy drawing himself on the HTF Zazzle Store. 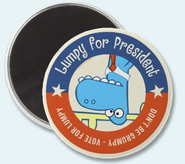 Lumpy for President for life!

Lumpy with a mustache. 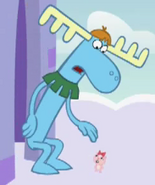 Lumpy Knievel about to perform a deadly stunt.

How Lumpy sees the movie.

A Lumpy doll being "grilled", as shown in the Lumpy BBQ: All Up in My Grill video.

Should I even ask?

They grow up so fast... and corny.

Everything Lumpy uses is handmade.

Inviting Flippy over... possibly the dumbest thing Lumpy's ever done.

Lumpy with some friends.

Lumpy controlling the carnivorous ducks in Mime to Five.

Lumpy at the cinema. 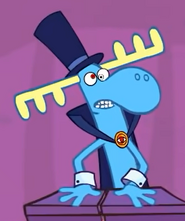 Can't even open a door right. He's not the only one.

That could have easily been much worse.

That's one way to stop a hose. 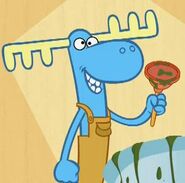 Lumpy as a plumber.

What did nature ever do to Lumpy... nevermind.

Lumpy in the Deadeye Derby store.

Lumpy didn't listen to the rules. Better than others.
Lumpbreak.png
Lumpy breaks his back.

The scariest image in all of Happy Tree Friends history! 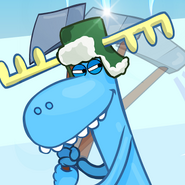 Lumpy the lumberjack in a game.

Lumpy as a bus driver again.

Lumpy's near death in Doggone It.

Lumpy about to sneeze.

Lumpy's death in The Carpal Tunnel of Love.

Lumpy is a Handy-sue now.

Lumpy the teacher, as seen on a school-themed calender image from Sept. 2010.

Did that have a purpose?

Believe it or not, he's fishing.

Lumpy with his elephant and its awesome cage.

Lumpy and other characters in Ski Patrol.

Lumpy getting crushed by a car lifter.

Lumpy in a reference to Easy Comb, Easy Go.

Lumpy in a meat locker.

Lumpy as a butcher.

Lumpy as a carney again.

Black and white Lumpy, as seen in the episode Without a Hitch.

Does this photo look funny or stupid enough to have a caption?

This is the cutest smile Lumpy has ever made!

Lumpy on a calendar.

The Cursed Idol kills Lumpy in a car crash off-screen.

Lumpy moments before getting killed off-screen by Fliqpy.

A debatable death, as he's never actually seen getting killed by the hand.

Lumpy debatably getting killed either by a baboon or a car crash.

This is widely considered one of Lumpy's worst deaths.

Nutty before murdering Lumpy off-screen. Note that this happened in a fantasy of Nutty's and doesn't count as a real death.

Lumpy right before getting mauled by birds off-screen.

Why is Lumpy upside down?

Close-up of Lumpy humming, unaware that the Cursed Idol is behind him. 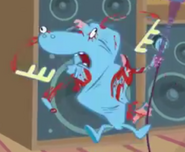 Lumpy with a barrel.

Bird bird bird, the bird is the word!

Lumpy as a rather rich person, as seen in We're Scrooged!.

Sniffles sure has a lot of money...

Me: (in a spooky voice) "Look into Count Lumpy's eyes."

Retrieved from "https://happytreefriends.fandom.com/wiki/Lumpy/Gallery?oldid=258832"
Community content is available under CC-BY-SA unless otherwise noted.