Happy Tree Friends is a Flash cartoon series by Mondo Mini Shows, created by Kenn Navarro, Aubrey Ankrum, Rhode Montijo and Warren Graff. Since its debut the show has become a popular internet phenomenon and has won a cult following. As indicated on the official site, the show is "not recommended for small children". Notwithstanding the cute appearance of its characters, the show is extremely violent, with almost every episode featuring blood, gore, and violent deaths. The show is so violent, it was banned in Russia! 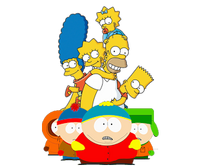 Retrieved from "https://happytreefriends.fandom.com/wiki/Happy_Tree_Friends_Home?oldid=305489"
Community content is available under CC-BY-SA unless otherwise noted.