The bus at the beginning.

The bus interior at start.

The bus driver is happy.

He does not expect any danger.

Mime and the peanuts.

Let's see if Mime is the first person to die from eating peanuts.

But what could go wrong for Mime?

But he still wants more peanuts.

She is still drinking?

Are you really okay?

It's a bad idea to drink too much in a bus without a toilet.

You need to keep your eyes on the road, Lumpy.

"Hey, behave yourself, there's no bathroom in here!"

Somebody should keep control of the bus.

The bus seconds before hitting a bump in the road.

The stone that caused two deaths.

Well, I warned you. You did not hear the council.

The window about to close.

Cuddles In his last seconds of life (for this episode).

Goof #6: Cuddles without slippers, his feet have paw pads. 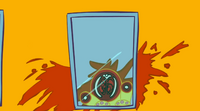 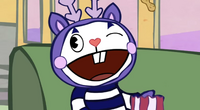 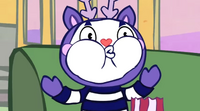 Mime choking on a peanut. 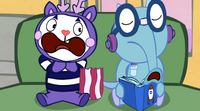 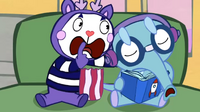 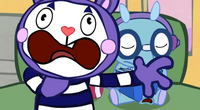 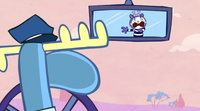 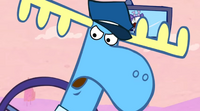 "What is going on back there?!" 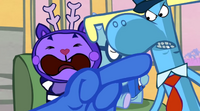 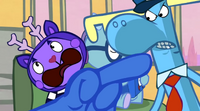 Lumpy sees it too. And dead Mime is in the background.
Death: Mime 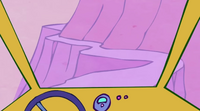 That is very dangerous! 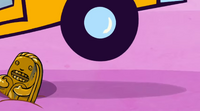 It isn't just another stone. 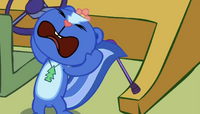 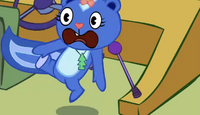 Petunia is about to fall. 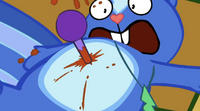 Petunia impaled by the gear level. 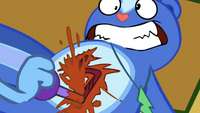 Lumpy causes the hole in Petunia's torso to expand. 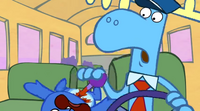 "What's wrong with this gear level?" 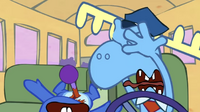 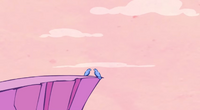 Two birds are sitting at the edge of the cliff. 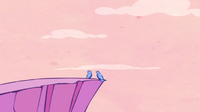 They see the bus.

The bus at the end. Two dead birds, a tailless Toothy, and Handy being grumpy rather than being horrified.
Death: The Mole, Toothy (Debatable)
Retrieved from "https://happytreefriends.fandom.com/wiki/Happy_Trails_Pt._1/Gallery?oldid=364529"
Community content is available under CC-BY-SA unless otherwise noted.