On a calm day, what could go wrong for them?

"We have some lemonade!" 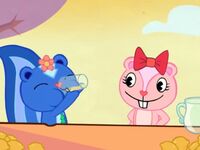 This is good lemonade! 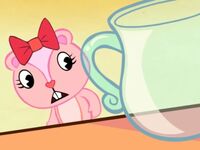 That's not a problem for Giggles.

Giggles about to cut the lemon.

Giggles' finger is in danger! 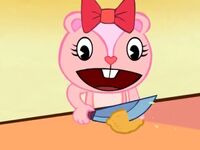 Cutting lemons is so much fun! 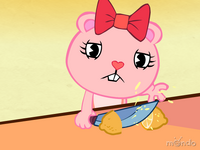 Goof #4: Giggles without her head marking.

A nail fell down. 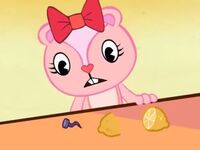 "Where did this nail come from?"

You can guess what's next. 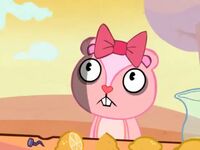 It's too late to do anything now.

Was she drinking lemonade all this time?

Petunia realizes that her friend is injured.

Petunia spits out her lemonade. 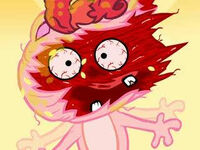 Many nails connecting nothing to nothing. 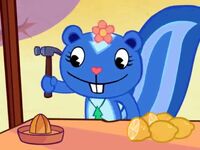 "I fixed the lemonade stand!" (For now.)

Petunia is going to make some more lemonade. 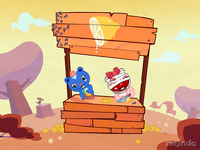 Who made this stand for them? 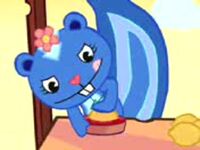 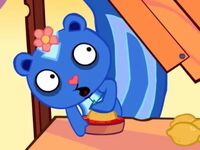 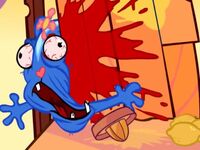 To say that's gotta hurt would be an understatement.

It's obvious which one she'll pick up. 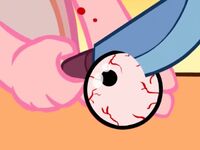 Giggles juices the fluid out of the eye.

Is she going to try it?

Thats what you get when you drink discount lemonade. 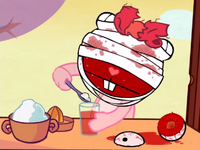 Perhaps a spoon-full of sugar will make it better.

Goof #18: Both eye pieces have pupils.

Animated GIF of the ending.
Retrieved from "https://happytreefriends.fandom.com/wiki/Eyes_Cold_Lemonade/Gallery?oldid=363021"
Community content is available under CC-BY-SA unless otherwise noted.