Start a Wiki
watch 04:10
The Loop (TV)
Do you like this video?
Overview
Regular Episodes
Other
Character Pop-ups

Handy is smiling while in a yellow background with orange grass and a few logs. 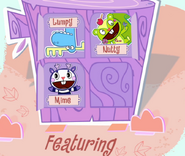 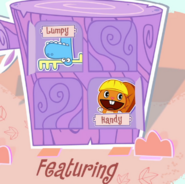 Disco Bear dances for the audience.
Retrieved from "https://happytreefriends.fandom.com/wiki/Episodes/Character_Pop-ups?oldid=335014"
Community content is available under CC-BY-SA unless otherwise noted.