View source
watch 02:56
Doctor Strange in The Multiverse o Madness - The Loop
Do you like this video?
Play Sound
Overview
Regular Episodes
Other
Character Pop-ups 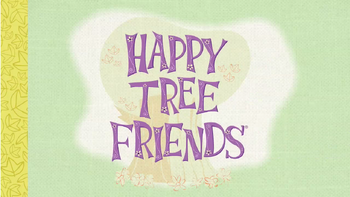 This is a list of the Happy Tree Friends Internet and TV episodes. There are 5 seasons of the Internet shorts, and 13 episodes of the TV series.  Each TV episode is 22 minutes, split into 3 shorter 7 minute episodes. There have also been rumors that a second TV Series season is still in the works, but Ken Pontac says that the TV series is currently off the air due to budget problems. In October 2014, it was announced that there will be a full-length film based on the show. It is planned to be released sometime in the near future.